But every week, these banks continue to finance fossil fuel companies and projects that are destroying the world’s hopes of meeting climate targets.

This year, the International Energy Agency said development of new oil and gas fields must stop, and no new coal-fired power stations or mines can be built. It also showed how all fossil fuels need to be rapidly phased out.

So every time these banks finance fossil fuels, they are showing their warm words mean nothing.

In the run-up to the United Nations COP26 climate summit in Glasgow this November, these three banks will try to convince you they care about climate change. So we’re tracking them to see who has funded the most fossil fuels in this crucial year.

Who has the emptiest promises? Who is funding the most fossil fuels? Who is the biggest loser?

Keep checking back to find out, and stay tuned for the big awards ceremony at the UN Climate Conference, when we reveal who has won the Race To Disaster! 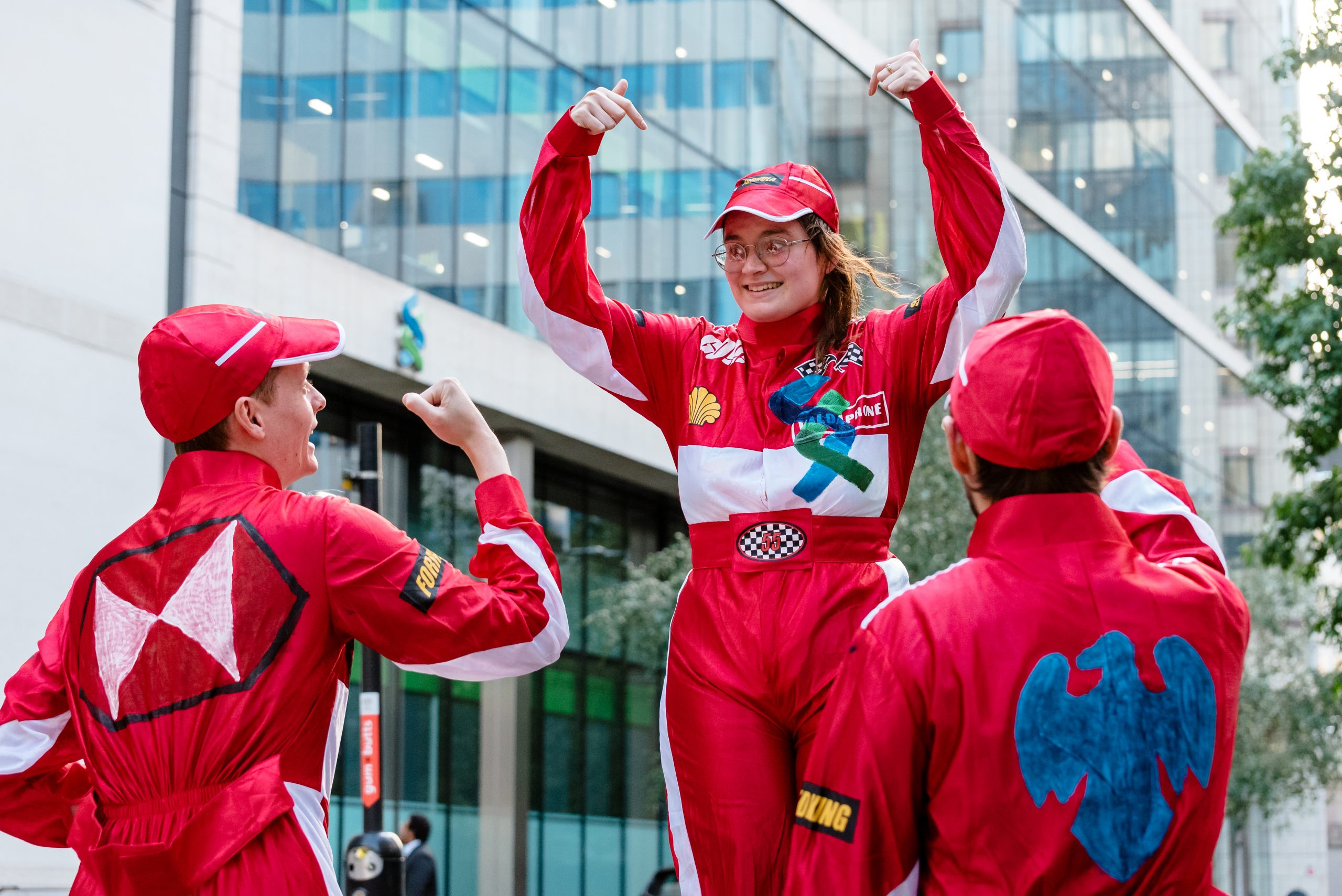 KEEP UP TO DATE WITH THE RACE

Subscribe to receive updates about the Race To Disaster and how you can join the movement cutting off the supply of money to fossil fuels for good:

We have a winner!

CONGRATULATIONS to Barclays who rushed past HSBC to win the 2021 Race To Disaster competition!

We can reveal that from the start of this year to the eve of the COP26 climate talks, Barclays financed $5.6 billion to the fossil fuel industry, making them the UK’s number one fossil fuel-funding bank this year.

As well as coming in first place, Barclays’ financing has some notable names. Barclays provided US $194 million to Enbridge, which part-owns the controversial Dakota Access Pipeline, which carries enough crude oil to produce the emissions of 30 coal plants every year. US $200 million was funnelled to MEG Energy, a company extracting dirty tar sands oil, as well as US $161 million to Kinder Morgan, the company behind the 890,000 barrel-a-day Trans Mountain Pipeline in Canada.

This isn’t the end of the race – none of our three banks have plans to stop funding destruction. Keep checking back for what these banks fund next! 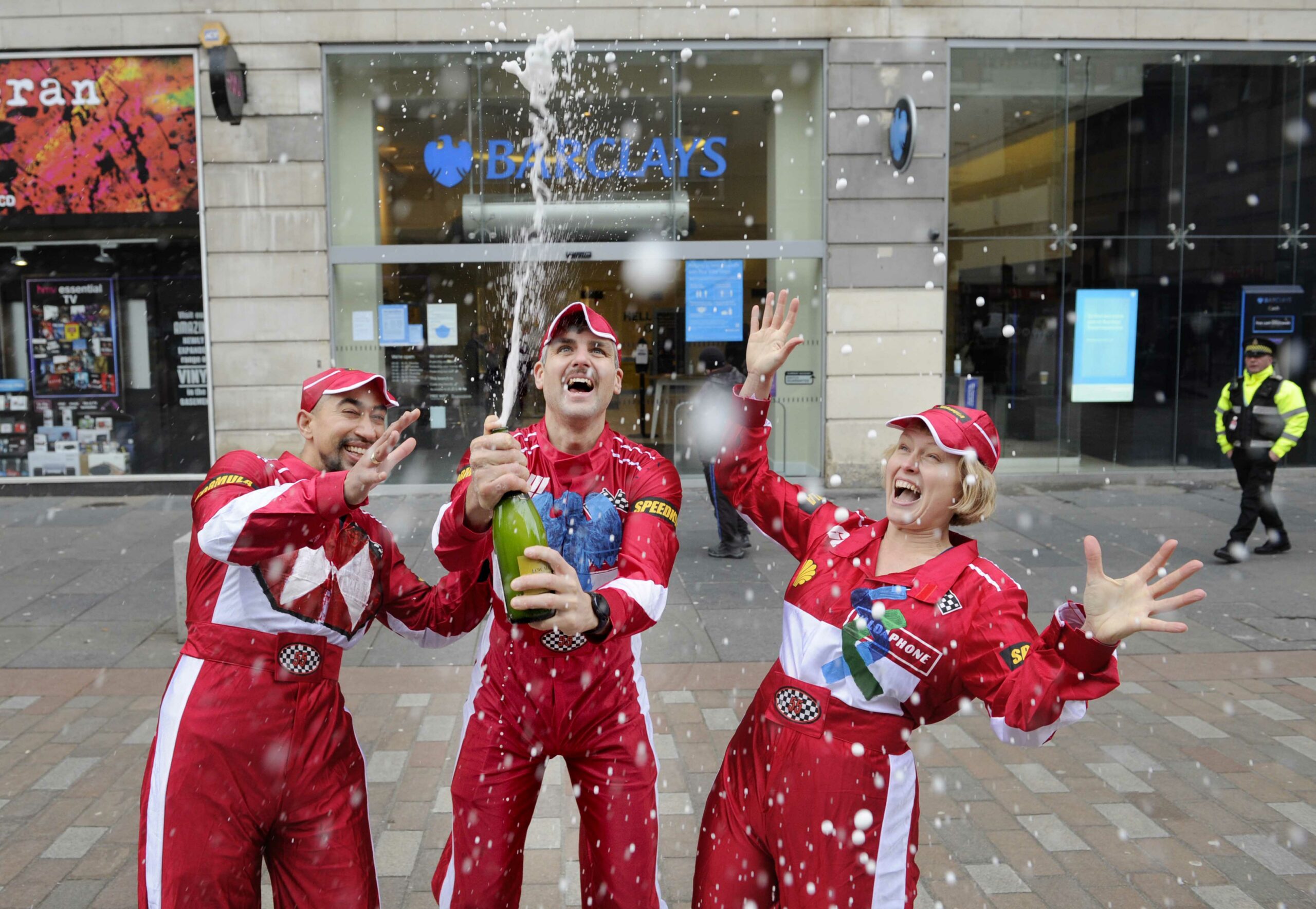 The race is on!

The race is off to a flying start!

But there’s still all to play for!

Special mentions must go to HSBC and Standard Chartered for their participation in a June 2021 US$6 billion bond issuance to Saudi Aramco, the world’s most polluting company.

Barclays’ and Standard Chartered also deserve a mention for their US$500 million refinancing of Adani Ports, the company that set up the coal transport services for the controversial Carmichael mega-coal mine in Australia.

In the last few months, HSBC particpated in a US$1.5 billion bond to Qatar Petroleum, operators of the world’s largest gas field, to expand their fossil fuel business despite all scientific warnings.

With deals like these, the race is still anyone’s to win. Keep checking back for updates!

Market Forces is tracking the fossil fuel funding provided and arranged by Barclays, HSBC and Standard Chartered prior to COP26.

The transaction data is taken from IJGlobal. Dollar values represent the sum of committed loan and bond arrangement amounts and are presented in US dollars unless otherwise specified. No adjustments have been made to reflect the net present value of finance committed.

Where corporate and public sector finance occurred, we sought direction on the purposes of the finance and if this was not available, discounted the value of that finance to reflect the proportion of the entity’s business that is involved in the fossil fuel supply chain.